20 Seconds of Courage: How a Simple Yes Lessens Grief 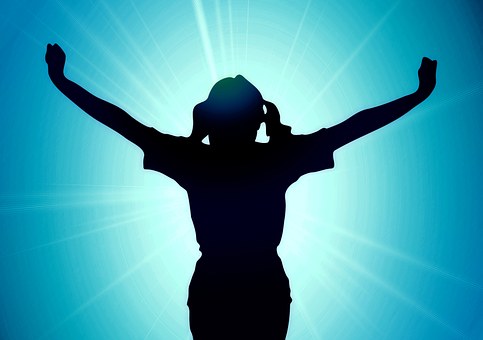 I yanked the iPhone from my ear and stared at the screen. A long pause ensued before the chat resumed.

My middle daughter answered matter-of-factly. “The Friday before Thanksgiving.”

“How long does he want to stay?”

“But your brother will be on a camping trip and at school half that time. And you’ll be away at college until Tuesday. That leaves just Dad and me.”

My words vanished. I couldn’t imagine a college sophomore from Germany, whom I hardly knew, would ever want to. This was all so unexpected. Absolutely awkward. Wildly weird. Kind of, well, crazy.

Then again, I had extended the spontaneous invitation. My offer had been one hundred twelve percent sincere. But when he laughed and instantly replied with, “Thanks, but I could never accept that,” I figured this year’s Thanksgiving would be my family’s new normal—laced with the same deathly silence of my oldest daughter’s absence I’d endured for the past eight holiday seasons without her here.

“Lukas might be miserable the first five days,” I finally told Christa, “but tell him he’s welcome to come.”

Christa said she’d give him the message then ended the call. I hustled to the pantry, withdrew a yardstick, and measured the five-brick-high fireplace hearth. If I hoisted my short five-foot-two stature up on it, I would match Lukas’s six-foot-six height.

I did. That new perspective changed the whole room.

The doorbell rang an hour earlier than I’d anticipated which, for someone who always runs late, spelled d-i-s-a-s-t-e-r. I hadn’t finished prepping supper, I didn’t have myself together, my house wasn’t exactly clean. But when Lukas beamed a huge smile through my front door’s tall glass pane, I decided to let him in.

Alone at home, I’d anticipated the initial greeting would be painstakingly awkward. It should have been. Except Lukas doesn’t know a stranger, so he immediately launched into story-telling mode, dramatically sharing his latest collegiate adventures in his distinct German accent with delightfully loud vocal chords. Before my stomach started to hurt from laughing hard and my neck began to ache from looking up at this gentle giant, I offered to show Lukas around my small home.

We started in the front room where we stood. The wood shelf above the piano held a few large, framed photos—the last professional pictures a JCPenney photographer took of the three of my kids together. Lukas had befriended Christa. He’d met Josh, her younger brother. The puzzled look on his face indicated he knew nothing about Jenna, their older sister.

Of course, I thought. It’s a tough subject to bring up. Christa hasn’t told him.

“That’s Jenna,” I said, as I pointed to the photo. “Christa had an older sister.”

Hoping that might be enough for the moment, I turned down the short hallway. Lukas followed. I showed him Josh’s room, which he’d be using. Then Christa’s room, with its Dr. Who and Star Wars paraphernalia, bobble-head collection, and Marvel posters. A few minutes later we crossed the hall to the room that was mine and my husband’s. And my heart started racing.

“Jenna died when she was fourteen,” I said. “That’s why the photos end there. I’m sorry Christa didn’t tell you.”

Lukas turned away from the framed headshots to glance at me.

I paused, trying to decide how much to say. “We didn’t see it coming. She ended her own life. So, suicide.”

The happy chatter between us ceased. Lukas nodded his head. Tears pooled in his eyes.

“I was bullied in Germany,” he said, “so I might understand. But I’m so sorry.” Then Lukas bent down and hugged my shoulder—a sign that I hoped meant he wasn’t afraid to stay in my home, do life with my family, and embrace our difficult story.

Despite declaring he should be studying for exams, throughout the days that followed Lukas drew my husband—whom he’d never previously met—and me into engaging conversation. He told jokes and stories. He shared about life growing up in Austria and Germany. He rode with me to surprise Christa when I picked her up from Anderson University—and uttered no complaint when she greeted him with a fifty-pound box to carry.

Lukas helped me prepare food in the kitchen and joined in our Thanksgiving celebration. He played Settlers of Catan with the family and countless hours of Wii Lego Star Wars with Josh. He even achieved something Christa has never been able to do—convince Josh to spend a few hours at Upstate Swing (because, as Lukas says, asking a girl to dance “only takes twenty seconds of courage”). Josh arrived home smiling and, since that fateful day, has gone back to swing dance every Tuesday he’s been free.

Lukas also offered to cook my family a delicious homemade schnitzel and German potato salad meal, which included shopping at Lidl while FaceTiming his mom in Germany for instructions about which ingredients to purchase. (Such a brave act, given the fact he’d only practiced his culinary skills in the kitchen—making a lasagna following a YouTube tutorial—one time before that!)

There were more memorable moments. The three teens road tripped to Carowinds. Our mutt, Max, who adored his new friend, vulnerably flopped over on his back for a tummy rub whenever Lukas appeared. And, when I specifically asked, Lukas smiled and kindly informed me that, yes, he could easily see the half-inch of dust on the top of the refrigerator.

But the biggest thing is this: for the duration of his stay, Lukas soaked my home with an abundance of laughter. He discussed deep topics and entertained us with lighthearted stories. He felt like family. Somehow, his presence altered the atmosphere.

On Sunday one of Lukas’s Coastal Carolina University friends arrived to start the three-hour drive back to South Carolina’s Myrtle Beach campus. I said goodbye, and expected to return to the sadness of the holiday season, with the vivid memories that accompany the trauma surrounding the second day of January.

Except . . . I didn’t. Lukas had filled my home with joy and, inside me, something had shifted. For the first time since Christmas 2012, I was able to decorate the tree (with bread-dough ornaments made by my two daughters) and fireplace. I positioned wreathes on windows. I listened to some Christmas music while I baked a batch of sugar cookies. And, at long last, I had the capacity to celebrate Emmanuel—Our. God. With. Us. 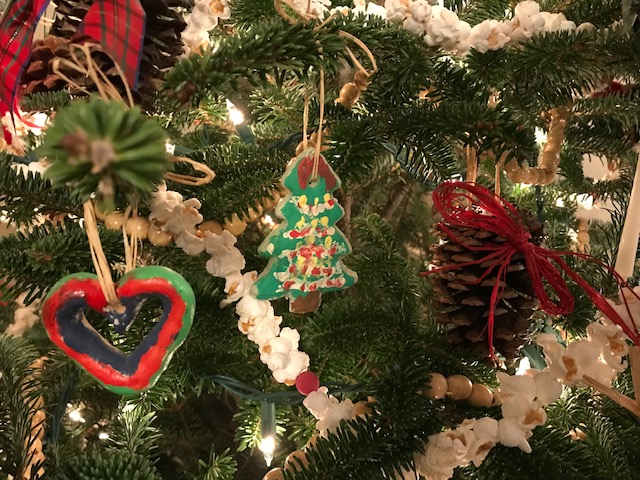 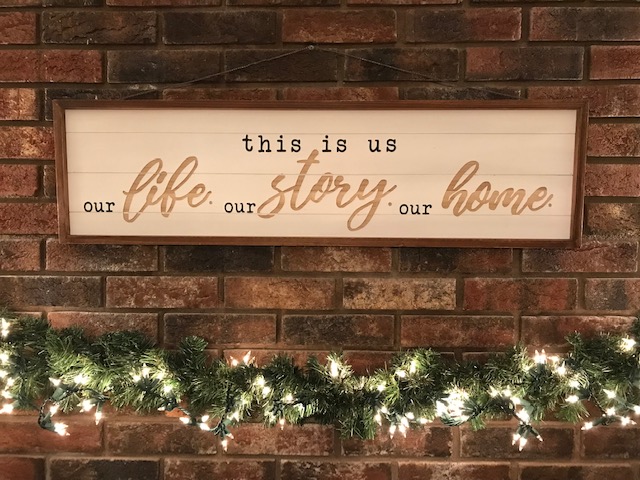 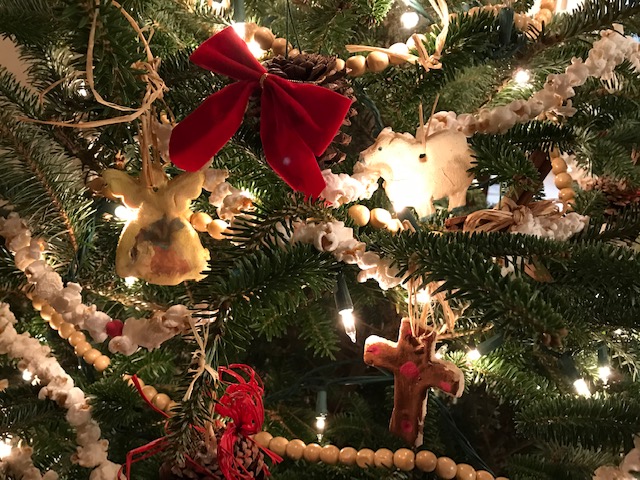 Since my daughter’s death, I’ve struggled to not isolate. To let friends and family into my story, my hurt, and my home. To reply to emails and answer the phone. To simply say yes to friends who extend and unexpectedly accept invitations.

The yes isn’t easy. But almost every time I give it, I’m glad I did. Because something special takes place. Connection happens that changes my perspective.

And to think that saying yes to letting others enter into the grief each of us carries really only takes about twenty seconds of courage.

You can listen to the accompanying Building Strong Homes podcast episode, “An Unfinished Story: Losing a Daughter to Suicide,” which tells Beth’s and Jenna’s story, by clicking this title link. 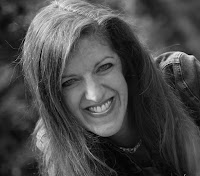 Beth is a high school English teacher, wife, and mom to two spectacular teens. She likes to spend time with family and friends, indulge in a Chicago-style mushroom pizza or homemade blackberry pie, and, with shameful inconsistency, lace up her Nikes for a long-distance run. In the aftermath of her beloved firstborn's suicide, she shares story at bethsaadati.com to offer insight, understanding, and hope--with those who weather the storms of suicidal thoughts and suicide loss...and with those who simply know how bittersweet life can sometimes be.