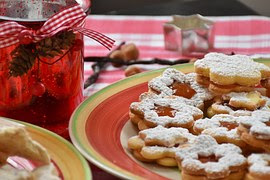 Holiday season cheer tends to intensify feelings of grief. So, what should we avoid saying to those who have experienced the death of a loved one? Based on the loss of Jenna, my teenage daughter, here’s what I would advise:

1. Time heals all wounds. Sure, grief changes with the passing of time, and a certain amount of healing comes. But I’ve heard from enough people to know that, twenty years later, there will be plenty of times when it still hurts.

2. You’ll get used to the new normal. I have to embrace the “new.” But will it ever feel “normal” to never see my daughter’s face or hear her voice again during the years that I’m alive? Or see her friends driving, attending dances, going to college, and someday establishing careers and families of their own, when Jenna’s not here? I don’t think so.

3. You’ll see her again soon. The last word poses a problem. Time is a funny thing. For example, even though it’s been twenty-five years since my college graduation, it seems more like five. So, when I finally see Jenna someday, the skipped years will probably feel like a hiccup. But, on this end, the thought of a four-decade separation doesn’t match my definition of “soon.”

4. She’s happy now. She’s in a better place. This one’s messy, because it’s true—she’s happy in heaven and I’ll see her again. I want to be reminded of that. It’s still hard to hear, however, because Jenna was fourteen. It wasn’t time for her to go, and I never got to say goodbye. Plus, like any parent, I naturally long to know what she’s seeing and experiencing. But there are no texts, no phone calls, no Facebook posts . . . nothing but a sometimes-unbearable silence. 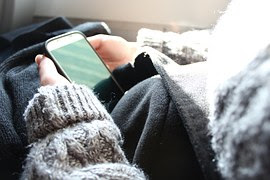 5. Her death was worth it if it reaches even one person. When I was pitching Jenna’s book, a literary agent asked me this question. I wanted to give the noble—the godly—response and say “yes” . . . but I couldn’t. Because I’d give anything to have Jenna back. Since I can’t undo her choice, the price of capturing her life, and my grief, in words is worth the time, effort, and heartbreak it costs if it only speaks to one person. But that—no pun intended—is an entirely different story.

7. You’re not still grieving, are you? These words are often unspoken, but they’re present nonetheless. I’m neither a counselor nor an expert on grief, but here’s what I’ve learned from those who are: 1/ Most Americans don’t know how to mourn what’s been lost. Instead, they stuff emotions down and move on with life, only to have unresolved grief resurface years later in ways they’d rather it didn’t. 2/ On average, people mourn an elderly parent’s loss for a year, a spouse’s death for two years, and a son’s or daughter’s suicide for four to five years. This is normal. And healthy. 3/ We can’t put a timeframe on grief. Thankfully, joy and healing come, but sadness gets triggered—often unexpectedly—along the way. 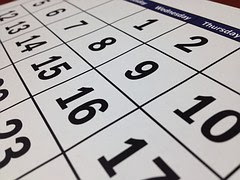 8. She must have accomplished what God had for her to do on earth. No, she didn’t. God wanted her here. He had good plans for Jenna and many lives for her to touch.

9. God wanted her all to himself. This comment is beyond my understanding. Since when is God selfish?

10. God needed another angel in heaven. I’ve been told this many times and, like #9, it baffles me. God doesn’t issue a death warrant because He “needs” something. Besides, angels are entirely different beings than men or women, boys or girls.

The good news? Even though I remember some of the spoken words that slightly stung, I don’t recall who said them. It’s possible to extend grace and not take offense. Why? Because those who spoke showed courage. It would have been easy for them to stay away, but they didn’t. They wanted to say something. They dared to come close. And I’m grateful they did. 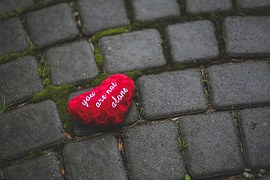 Plus—pardon the cliché—if the shoe were on the other foot, I wouldn’t have known how to respond either. Actually, I’m certain I’ve said, with good intentions, eight of the comments above.

So, is there anything we can say to the person who’s grieving a loss? Or should we, like a recent Facebook meme I saw, exchange our Chapstick for a glue stick to seal our lips shut? That will be the topic of next week’s post.

Much love to you this Christmas season and always as you reach out to those who hurt.