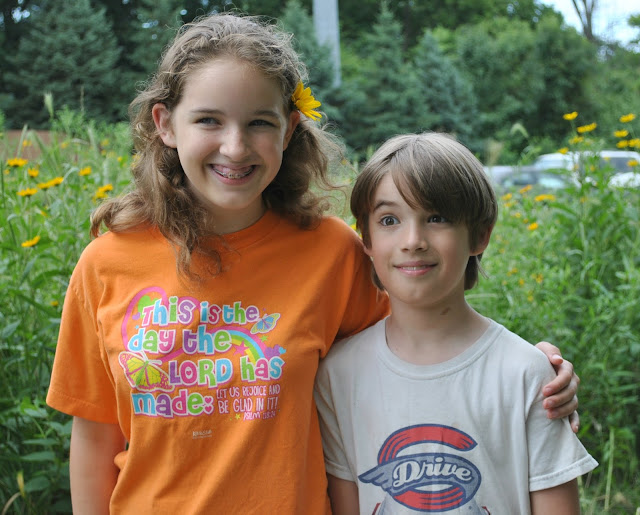 We decide to buy it anyway—and remove the cardboard packaging before we wrap it. Josh can keep a secret. As long as Dad doesn’t ask what the “Z” stands for, we’ll be fine.

At the checkout, Josh asks for help. The zipper on the pocket that secures his wad of piggy-bank bills is stuck. I dislodge it while the cashier waits.

“Could we try one more store?” asks Josh before he hands over his money. “I’d rather not lie to Dad.”

Three strikes and we’re out, I think, as we enter the store across the street and locate the sought-after section. I see it first, hanging up high. The same sword in green and black.

But beside it is another, with “Only at Toys ‘R Us” emblazoned on its packaging. It’s white and gray, with a cross adorning its black and blue handle.

It is. Soon it will belong to our family’s new teen.

Wednesday arrives. The party feels small with my family of four. We’re thankful when evening comes and Grandpa and a friend come to eat homemade strawberry and key-lime pie.

“I already know what this is,” says Christa when Josh hands her his gift. She beams when she pulls off the paper. “But I didn’t think you’d get me one this nice!”

Patiently Christa and Josh sit, as the adults converse, until Christa can no longer resist. She palms her new sword and winks at Josh. “Come on,” she says. “Let’s go.”

Grinning, Josh jumps from his chair and runs to find his weapon of foam. 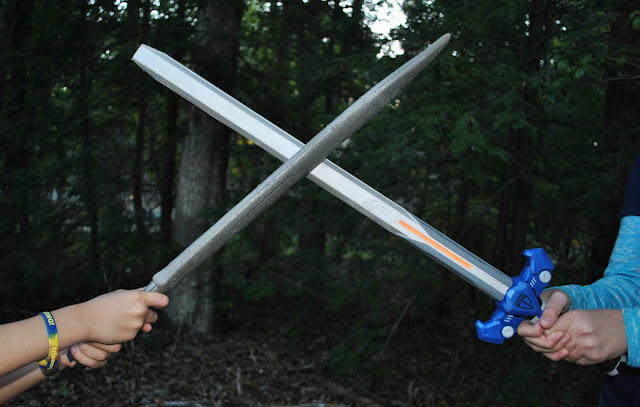 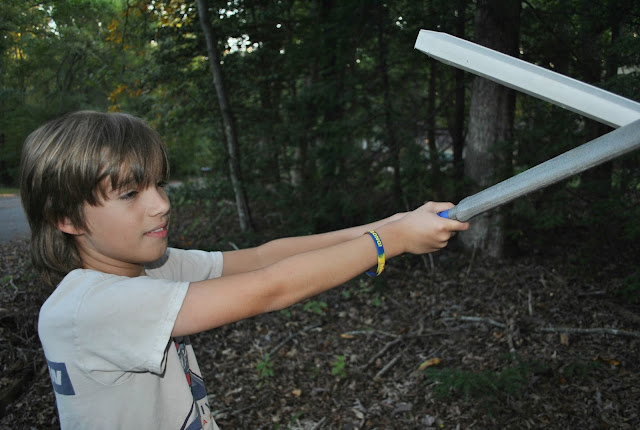 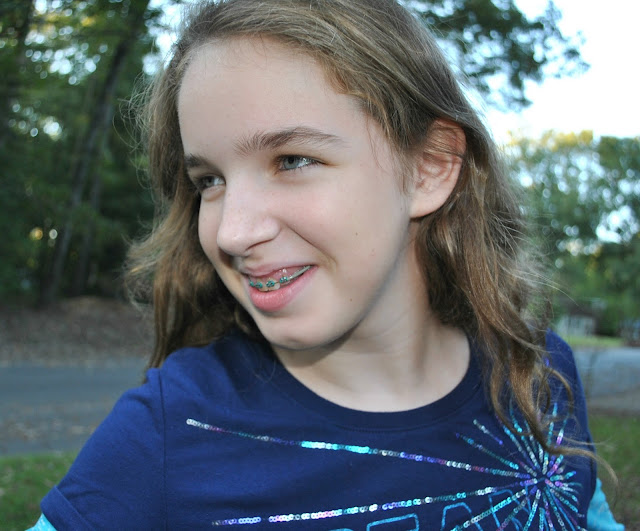 Fifteen minutes later they return from their front-yard play. Josh, a sweaty mess, sticks his head under the kitchen faucet to wet his hair. We look at him and laugh.

That’s when I understand that Josh had gotten it right. He’d picked the perfect present.

Because she’ll need to fight. When the world tells her she’s not enough. When friends may betray. When the weight of sadness seems to last a lifetime. When whispered lies sound like truth and darkness tries to squeeze its way in.

I know what I want to tell her—know what my heart longs to say.

Even when you feel like a wounded warrior waging war with a kid’s weapon, Christa, hold on. During these tumultuous years, know that you’re not alone. We want you here with us. 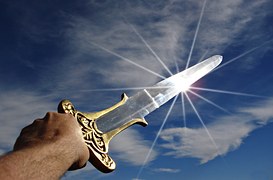 So wield your weapon well, my teenage daughter.

Pick up your sword.

Fix your eyes on the light.

And fight.
Posted by Beth Saadati at 8:02 PM