Can We Kill the Stigma? 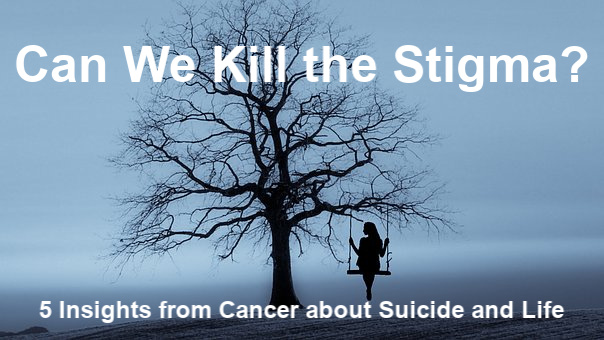 It’s only two steps. I remind myself this is probably nothing—the odds are ever in my favor!—still, I tremble inside as I climb.

I lie down on the hard table, a pillow beneath my head, a pillow beneath my feet, and turn my head to the side, away from the bustle and noise. A painted scene—beauty to decorate the sterile?—hangs on the wall. Inches away from my face, a CD boom box rests on a ledge. From it, falsely soothing music begins to play.

“We want to make this as comfortable as possible,” says a nurse I can’t see. “Almost like a spa. Don’t hesitate to ask if there’s anything you need.” She’s kind, quite kind, and sincere, but…a spa? Despite the heated blanket draped over me and the wedge pillow cocooned in one arm, it’s not. It’s terrifyingly not.

With no wasted time, the process starts—the prep to be done before the doctor comes. I close my eyes. I try to relax. I make a respectable effort to push all that’s vulnerable, awkward, and exposed out of my mind. It works, somewhat, until Dr. Chaney arrives.

“On the count of three, you’ll feel the needle.” I’m genuinely afraid of the six-letter word (so afraid I chose three natural childbirths over subjecting my spine to that wicked epidural) but I remain quiet. I try hard to be brave.

His voice, gentle and soothing, cuts through droning melodies as he talks me through each procedure, as he extricates tissue that must be removed.

“In three more counts, you’ll hear a pop.” I do—and pray that the sprayed lidocaine that’s numbed one side of my body continues to work. My forearm grips the wedge. My thumb fingers my grandma’s wedding ring that adorns my right hand as I remember my role model, the woman I looked up to. For the first time I realize, when I was in college, how little I really knew about courage, about life, about the cancer surgeries she endured. And I wonder, if need be, whether I’ll be strong enough to walk in her shoes.

“Next you’ll hear something that sounds like a sewing machine. You shouldn’t feel anything, though.” I lie still, feigning deep sleep, and think of a friend who, years earlier, withstood far more than this—as well as others who’ve received unwanted diagnoses and undesired treatments, yet chose to suffer whatever they had to in order to live.

I’m x-rayed and magnetized, radiated and injected. (For the record, I fully expect to emerge from Room 2 a female version of Captain America.) With every picture taken, however, a nurse commands something simple: “Stop your breath.” I obey, but it hurts to remember that, once upon a time, my daughter permanently did. Again and again I hear the words, and I am silently wrecked. My mind stills on a single-thought focus: God, please be here. I don’t want to be alone in this.

Then it’s over. The doctor leaves; he’s extracted what he needs. The nurses apply pressure, bandage the spliced skin, pack the wound in ice. Opening my eyes, I view the entirety of the pretty, framed scene as the table lowers. I descend the pair of black steps and mentally prepare for the torturous two-day wait.

Thursday finally arrives—the day anxiety can at last be put to rest. After all, I’m still (relatively) young, healthy, void of foreboding warning signs. And, the facts are for me: eighty percent of biopsies are benign.

A nurse ushers my husband and me to a special room, where a radiologist I don’t know enters. As I stand to shake hands, he greets me with soft eyes and forces a slight smile. He introduces his resident doctor, apologizes that it’s under these circumstances we first meet, and instructs me to sit.

There’s no need to say more.

The scenario is too familiar; past words forever engraved on my mind reemerge: “You need to sit down,” a friend with troubled eyes had said on a cold January night. “Your daughter is dead. It appears she took her own life.”

Staring The Unexpected in the face once again, I receive the news. Eighty percent of biopsies may be benign, but I have a new storm to weather, an invisible enemy to fight.

Because those odds aren’t mine.

Although I prefer to process privately, I tell a few friends, plus some people who will need to know. One newly-befriended couple sends a long, thoughtful email that touches my heart at its core:

“We are so sorry to hear about your diagnosis. There is no scarier word in the English language. We will be praying fervently for you and your family…”

The second sentence stops me short. Although doctors caught my cancer early, the past three weeks I’ve battled (and succumbed to) an insane amount of fear. Nevertheless, as scary as the C word is, there’s one I find even scarier—the other unforeseen storm I’ve weathered. It starts with an S.

And I wonder…what if the word “suicide” doesn’t have to induce fear? What if the following five answers from cancer can help us kill the stigma surrounding suicidal thoughts and depression and bring forth life? 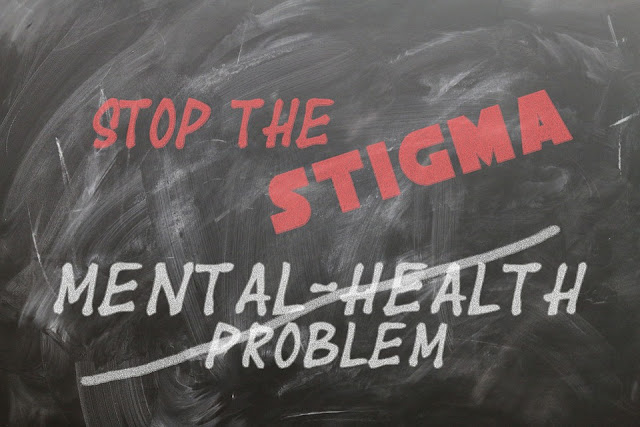 The statement on the American Cancer Society website caught my eye: “Cancer is not your fault, and there’s almost never a way to find out what caused it. Instead, focus on taking good care of yourself now.” Nevertheless, I’ve obsessed over every non-genetic thing I could have done wrong to “bring this on.” Should I have exercised more consistently? Drunk asparagus juice? Used Essential Oils? Consumed only all-organic food? Prayed and believed with greater faith? I don’t know why my cells are misbehaving, but, whatever the reason, cancer is ultimately an illness I don’t want and never asked for.

Left untended, however, the cancer will most likely grow. I can’t “just get over it,” “just be happy,” or “just think positive thoughts and move on.” Depression and suicidal thoughts should be respected the same. Loved ones who struggle with either illness aren’t to blame.

2. Cancer Can Be Diagnosed and Treated.

Yes, it comes with a physical and financial cost. Yes, there are side-effects. Yes, it’s inconvenient. Yes, there’s a margin of guesswork involved. But x-rays, MRIs, ultrasounds, surgery, and pathology reports can paint a fairly accurate picture of what’s going on regarding type, stage, grade, and a host of additional terms I won’t bother to name. Once the medical team assesses what they’re working with, they can take proactive steps to try to treat it. Together, we can do something about this.

When it comes to depression and suicidal thoughts, however, people often hesitate to seek medical help. According to the National Institute of Mental Health, “NIMH-sponsored studies estimate that 6 percent of 9- to 17-year-olds in the U.S. and almost 10 percent of American adults, or about 19 million people age 18 and older, experience some form of depression every year. Although available therapies alleviate symptoms in over 80 percent of those treated, less than half of people with depression get the help they need.” It’s time to end the unfair mental health stigma and encourage diagnosis and treatment.

Although I doubt I’ll be littering social media with my medical reports, cancer evokes no pointed fingers of shame. Compassion? Yep. Concern? You bet. I’m free to share the struggle with the world if I feel so inclined. The big C word isn’t something my inner voice nudges me to hide.

Society, on the other hand, discourages open disclosure of depression or suicidal thoughts. Perhaps that’s part of the reason 99 percent of all suicides are “hidden”—because pain is preferable to shame. Everything about that is wrong. We’ve got to start the conversation, break the silence that surrounds depression, and cheer on those who courageously speak up.

Some of my cells are over-enthusiastically dividing, but they don’t make up the sum of who I am (pun most certainly intended). There’s so much more to me than my body’s confusion that’s about to be kicked in the dupa. (Note: “Dupa” is a term I learned from my spunky four foot, eleven inch grandma in Cleveland, Ohio…you didn’t really think I’d use the three-letter word now, did you?)

The same is true for those whose brains contain decreased levels of serotonin, dopamine, and norepinephrine neurotransmitters that contribute to depression. We ought to be mature enough to see who, at the heart, people are—not just what they must fight to overcome.

As soon as my pathology report confirmed the presence of cancer, Bon Secours Hospital System assigned a navigator to the case, put a precise plan into action, and offered “free” down-the-road assistance that includes nutritional counseling, genetic testing, and support group participation. Granted, there’s no guarantee the eradicated cancer won’t someday return, but I plan to latch onto all the hope and help there is to decrease the possibility cancer will come back and rear its ugly head.

Unbeknownst to the multitudes, depression and suicidal thinking walk hand-in-hand with the same two friends. There’s so much help available. And even more hope to defeat the lies that can antagonize our minds.

It’s time to take the steps, despite the fear of journeying into the unknown. Let’s learn from cancer, kill suicide’s stigma and, together, fight to stay alive. 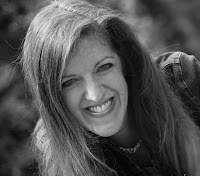 Beth is a high school English teacher, wife, and mom to two spectacular teens. She likes to spend time with family and friends, indulge in a Chicago-style mushroom pizza or homemade blackberry pie, and, with shameful inconsistency, lace up her Nikes for a long-distance run. In the aftermath of her beloved firstborn’s suicide, she shares story at bethsaadati.com to offer insight, understanding, and hope—with those who weather the storms of suicidal thoughts and suicide loss…and with those who simply know how bittersweet life can sometimes be.
Posted by Beth Saadati at 2:24 PM