It's Got to STOP: Bullying...Through the Eyes of a Sister Left Behind


by Beth Saadati and Christa Saadati

“To the peers at school who bullied and hated on me (you know very well who you are): FYI, words are painful, in case that never occurred to you. People’s feelings are not something to be played with. Overall, it’s not your fault that I’m gone now, but all of you played a huge role in it.

Being kind, or even vaguely amiable, can literally save a life.”
–Jenna Saadati, from the suicide letter she left behind 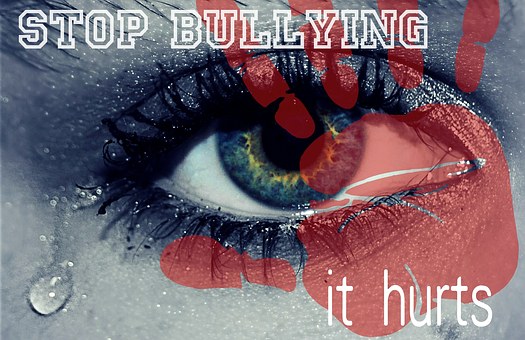 For this month’s blog post, let me introduce BITTERSWEET’S first guest writer, Christa Saadati, my middle daughter. She shared a room with Jenna and, despite a four-year age difference, was one of her sister’s closest confidants and friends.

In October, Christa turned fourteen. She’s almost to-the-day the age Jenna was when a peer delivered cruel words at school that altered her perception of who she was. As a result of those spoken lies, a few months later Jenna chose to end her life.

Christa was recently assigned an essay to write for composition class. She chose a topic not on the list. Bullying. I’ll confess . . . when I found out, I cried. Because I know the reason why.

But I’m proud of Christa for facing her loss instead of running away. Although she struggles to forgive the wrong that’s been done, she speaks with objective wisdom—wisdom birthed from a place of pain mixed with fond memories of the older sister and BFF she loved and adored.

Without further ado, here are Christa’s words. They’re worth being heeded and heard.

A middle-school girl steps off the school bus and dashes for her front door. Once inside, she breaks down and sobs. Through tears, she tells her mom how some peers at school called her stupid and ugly—and some other names she doesn’t want to repeat. Then she blurts out, “Why do they hate me so much?”

Unfortunately, stories of slander, hostility, and exclusion—all forms of bullying—are common. According to Dr. Susan P. Limber, a Clemson University professor and national director of a bully prevention program, nearly one in five students admits to being bullied with some frequency, with 39 percent of girls and 46 percent of boys reporting that the abuse lasted for a year or more. 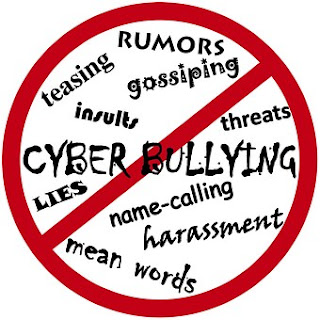 Bullying is not simply a normal part of growing up. That’s a myth. So why do some kids choose to do this?

Oftentimes the reason for bullying is not clear. Some bullies have experienced some kind of pain or neglect. Many have been bullied themselves. Thinking that hurting a peer will make them feel better, they take their anger out on other students to gain a false sense of control over their own lives.

Sometimes they struggle with low self-esteem and desire power. Occasionally bullies even follow a parent’s example, copying what they see done in their homes. Contrary to popular belief, however, these reasons only represent a minority of the oppressors.

Undoubtedly, one reason trumps all others for bullying—the desire to be considered “cool.” According to Jaana Juvonen, a professor of developmental psychology at UCLA who has spent a decade researching bullying, recent surveys taken at middle and high schools show intimidators are most often popular kids who exhibit insanely high levels of self-esteem.

Adolescents understand this. Too often, ruthlessness is required to climb the social ladder of popularity. Kids will scheme, gossip, and connive their way to get to the top. Once a kid achieves a “cool” status, he or she will do almost anything to defend it.

Since students often brand a bully’s targets as “losers,” kids hesitate to speak up for them and risk their own reputations. Thus, both bullies and their victims become locked in a vicious cycle.

Many students endure emotional damage from their encounters with bullying. Indeed, as Dr. Limber states, “Just the threat of bullying can turn a school’s atmosphere toxic.” Even after it stops, victims struggle with self-worth, anxiety, and depression.

Because they (erroneously) blame themselves and feel ashamed, many victims are afraid to speak up. Sometimes, even if they do tell an authority at the school, an administrator may not be able to do much. If not treated properly, bullying can lead to problems that include cutting and eating disorders. In a growing number of cases, it can even lead to suicide.

Bullying must be taken seriously. There’s too much to be lost if it’s not.

So what can be done? Bullying is a tough issue to address. The home, however, is the first place to prevent it, with parents taking time to teach their kids how to rightly relate to classmates—especially to those peers who don’t neatly “fit in a box.”

Ultimately, though, change has to start with students themselves. The situation won’t get better unless kids and teens decide to sacrifice their own popularity in order for bullying to stop.


On a positive note, Juvonen’s studies also show that, despite the devastating effects bullying leaves, one friend can make a huge difference in another’s life. So let’s get our focus off ourselves and, instead, think about someone else.

Only then will the tyranny stop.

For more of Jenna's story (a TV interview), click here.
Posted by Beth Saadati at 11:51 AM

Email ThisBlogThis!Share to TwitterShare to FacebookShare to Pinterest
Labels: Beth Saadati, Bittersweet, Bullying, Friendship, It's Got to Stop